hey! today, i'm here to educate you on he/him & they/them lesbians! let's continue, shall we? 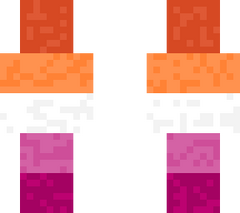 are you a lesbian?

you are allowed to join the he/him & they/them lesbians discourse! however, it is important for you to know about the subject so you won't end up hurting our lovely siblings! if, after this carrd, you still have your doubts, please consider, at least, respecting these entities! after all, we're in this together!

it is important for you to know that this discourse does not involve you, therefore, you shall not join it.

also, NEVER try to silence a lesbian. let lesbians use their own voices.

what is a they/them lesbian?

why do they use these pronouns?

there may be different reasons such as:

they're a non-binary person.

they feel disconnected from their womanhood.

the second reason will be developed in the he/him lesbians section.

what is a he/him lesbian?

why do they use these pronouns?

is this a new concept?

NO! he/him lesbians have existed for a long time. while some lesbians tried to pass as men to feel safer, many used he/him pronouns in lgbt spaces and with their partners. over time, this use of pronouns became a form of gender non-conformity and a big part of lesbian history.

pronouns don't always equal gender. although, they do, in a lot of cases! saying that pronouns don't equal gender at all would be ignorant and transphobic because it'd be insinuating misgendering people is not a thing.

pronouns are a form of gender expression. they can match gender identity but they don't always do. just like clothes, haircuts and names.

some non-binary people go by he/him or she/her and that doesn't make them any less non-binary. some people even go by all pronouns!

if you still have any questions, i suggest you talk to a he/him or they/them lesbian or do some more research!

enbysbians.carrd.co is a really informative carrd that goes deeper into the subject. stone butch blues is also a book worth reading.

if you're a they/them or he/him lesbian and you would like to add anything, dm me! otherwise, if you simply "disagree" with what you've just read, don't bother me. thank you! :)

this carrd was made by HY4KUY4S, a non-binary lesbian.